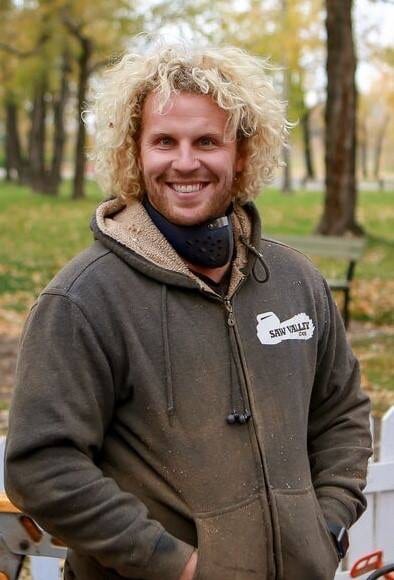 You may have seen Ryan on TV shows such as Carver Kings, Saw Dogs, Big Timber and a little show called Virgin River.

You can find Ryan carving at fairs, events, and competitions all over British Columbia during the summer. He also does ice and pumpkins in the fall & Winter well carving wood commissions and running a successful YouTube page called "Ryan Cook Carvin" You will see his new truck on many videos as some of the wood that he toes around is just as big as the truck itself. "Well not really but close" he says

Be sure to check him out on all his social media pages or find them at www.sawvalley.com

Vehicles For Your Life

Following Ryan has it's perks. Tell us what got you to this page and claim your perk